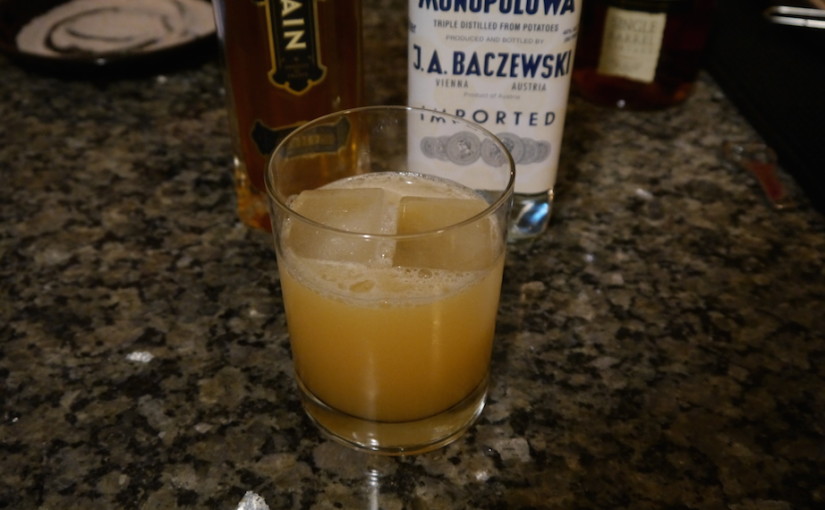 Ah, another of the elusive vodka drinks that only tend to get made at parties. I made this on request from a friend who wanted something with vodka and no high calorie mixers. The high grapefruit juice concentration in this helps balance the sweetness of the St Germain. 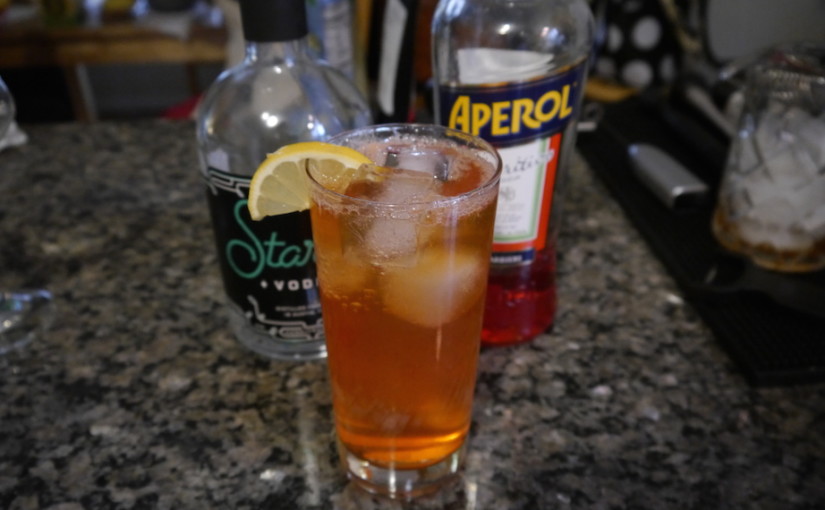 Today I hosted a tea party, and several people ended up staying later for drinks. A girlfriend of mine is a big fan of vodka, so I found this recipe for her. She liked it so much she requested a second one later! I had a sip to test it, it was not as sweet as you would expect. The Aperol gives it a bit more of a grown-up taste than a typical vodka drink. 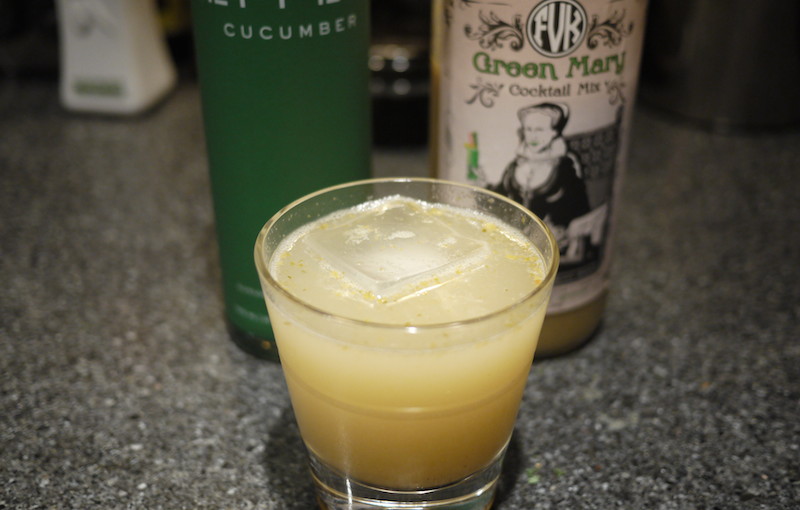 I do think that’s something you can do and have a nice cocktail. I’ve just been avoiding it intentionally, because I think it lends itself to laziness. (It’s also possible I have some residual new-found cocktail snobbery.)

I ended up at William’s house tonight and was having difficulty coming up with a cocktail based on his limited ingredients (he was completely out of citrus fruits, just like I have been lately). I saw the Green Mary mix from New Year’s in his fridge and decided to try a lighter version with club soda. It’s not bad! The soda does seem a bit strange in it, but it also makes it seem more like a drink and less like a bowl of boozy tomato soup.