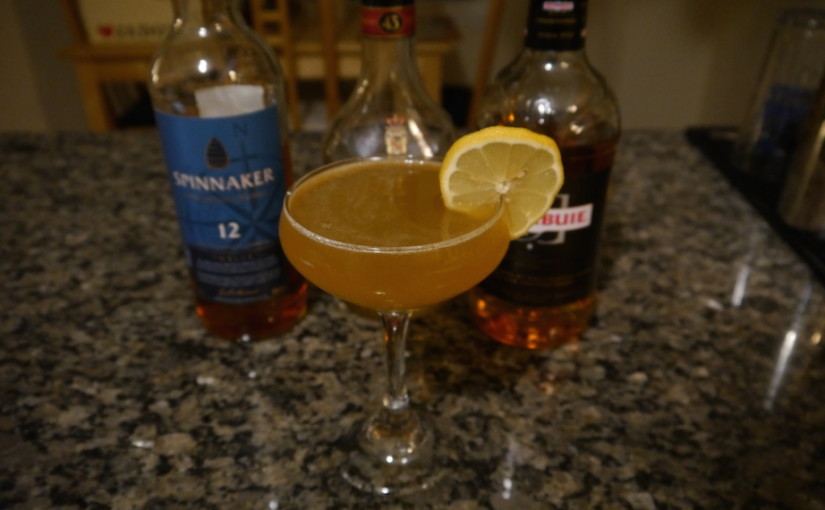 Well, even with so much honey syrup this is fairly balanced. The Licor 43 meshes with the scotch nicely to give it a bit of a nutty aftertaste. I still might try it with less syrup in the future, just to see how that changes the character.

I overindulged a little on heavy food at lunch today, so I wanted a bitter digestif when I got home. The Fernet in this makes it a sipping drink. I’m not sure if I felt invigorated afterwards or just crankier than usual, but either way the effect was as desired. 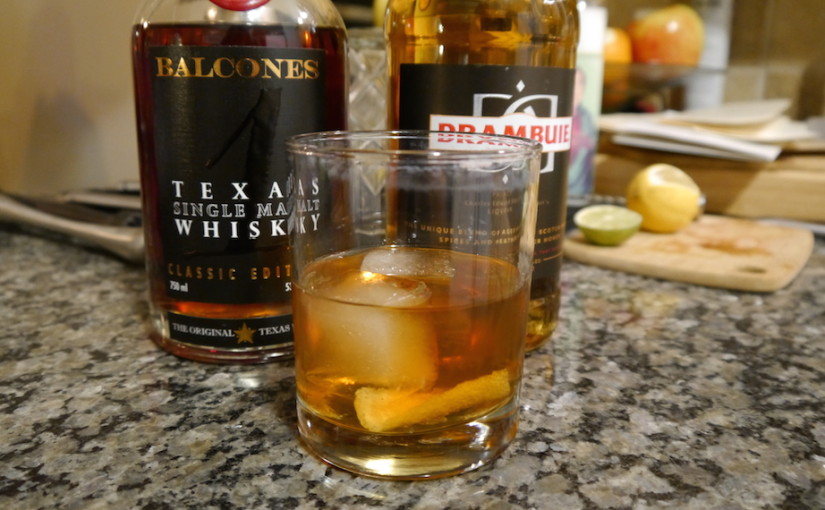 Yesterday I went to the Death & Co book release tour at Half Step. Death & Co is a well-known bar in NYC that was featured in the documentary Hey Bartender, and I have also never been there. I had a couple of pretty damn good and interesting cocktails that I’ll have to try making later, and the book is beautiful. I thumbed through it this evening looking for a recipe and was unsurprised to find that I was missing at least one ingredient for most of the drinks I wanted to make. I did eventually find the Rusty Nail, which is a fairly well known cocktail that uses Drambuie. I originally bought a bottle of Drambuie for some other recipe and never could remember which one it was, so it’s been sitting unopened on the counter for several months now. I finally got to use it tonight!

The Death & Co recipe uses Springbank scotch and Bitter Truth aromatic bitters. The info I found online about Springbank oddly didn’t specify a region/style, so I had trouble determining what kind of substitute to make. I eventually settled on the Balcones Single Malt. Balcones has been my holy grail for a little while now and I somehow lucked into TWO bottles of it just this weekend, and flush with this bounty I felt I could spare a little for a cocktail. It’s a little peaty but with not as much iodine as an Islay, so I thought it would be a nice compliment to the Drambuie. As far as bitters go, I am finding more and more that I probably need another bottle of aromatics. Angostura is nice but it’s always obvious when you use it. The Nail could have used a more subtle touch, I think.

I’ve also noticed that my highball and rocks glasses all have a fair amount of calcium etching that becomes SUPER OBVIOUS when you take pictures using a nice camera. Anyone know of a way to resurface glasses to clear them back up?